﻿ Wedding Venues, Party Banquet Halls & Catering Services in Glendale CA and Los Angeles
Home
Home Blog Who Not to Invite to Your Wedding 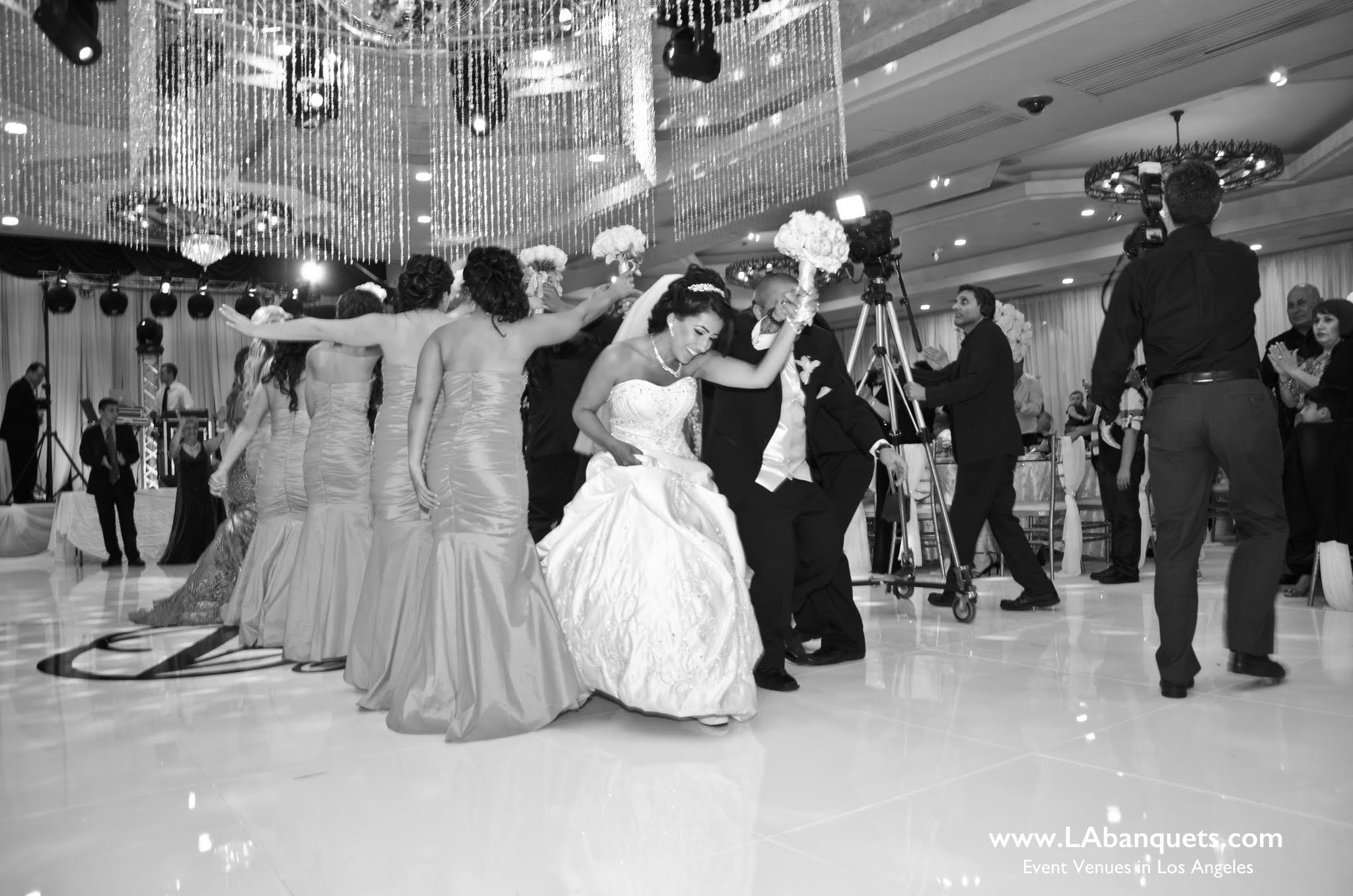 Who Not to Invite to Your Wedding

You’ve just begun planning your wedding and already the guest list is two arms long and growing. Your sister wants you to invite her in-laws, and your future mother-in-law wants to invite the old neighbors from down the street who moved away before your fiancé went to middle school. Your father wants to invite his whole office staff, and your beloved thinks the day won’t be complete without the guys he does reps with at the gym. It’s lovely that everyone is so excited about your upcoming marriage that they want to share it with every last person they’ve ever known in their lives, but it’s time for a reality check. Even with an unlimited budget and unlimited space, there’s got to be a limit somewhere. If you get resistance about excluding certain folks, remind everyone that a wedding is a personal and private celebration of a sacred commitment. You only want people there who mean something to you and to whom you mean something. With several years of wedding planning, Anoush has a few recommendation when it comes to choosing who to invite to their banquet halls in Glendale CA. Here is a list on how do you narrow down the list and decide who it’s okay not to invite? As diagrammed on our chart, here are some guidelines: 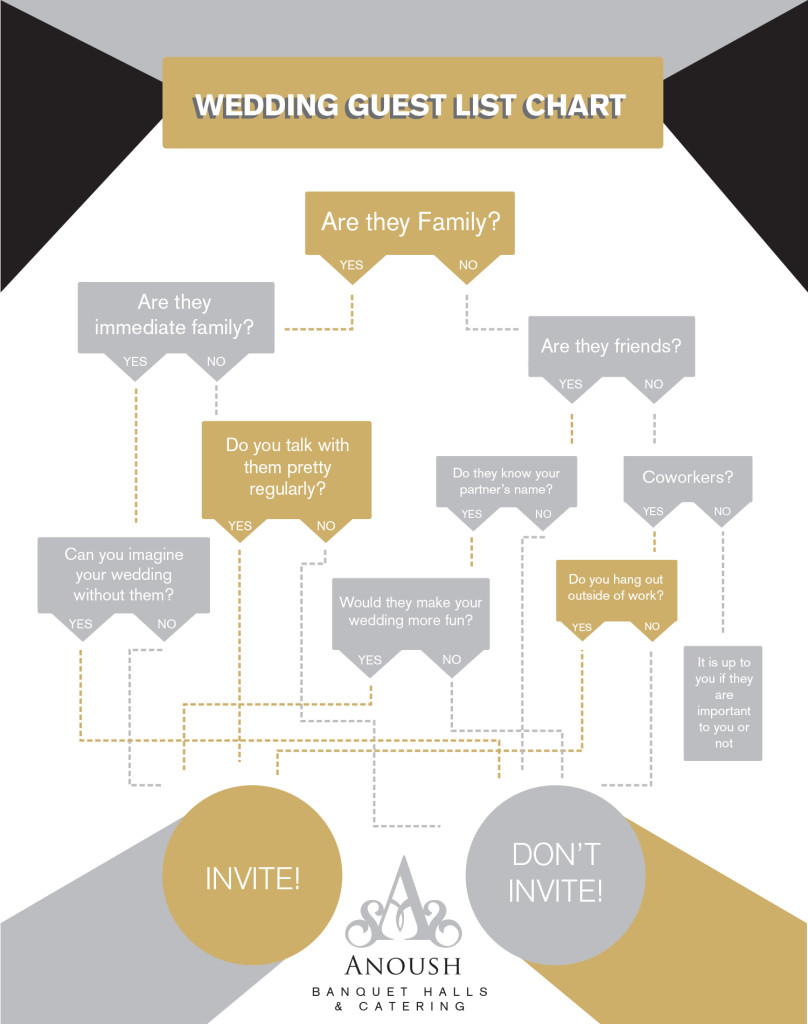 It’s hard to argue against relatives. But then again, not everyone who’s related by blood or marriage is someone you’d be happy to see at your wedding. People who have histories of creating a ruckus, or folks who like to play “Family Feud” in real life aren’t going to add a thing to your reception but misery. Can you imagine your wedding without them? If the answer is “yes,” and if there’s a reasonable way out, take it. You might have put all your nieces, nephews, and cousins on your list only to find that they alone are practically going to fill the room. If you find yourself in that position, you can always reconsider inviting children. But if you set an age limit, be sure you apply it equally and don’t play favorites. Ring bearers and flower girls can be exceptions, but advice columns are full of squabbling about weddings where this or that child was invited and the complainer’s own children weren’t. Set the rules, explain them gently, and don’t back down. How wide you cast the net of family is up to you. It shouldn’t be hard to explain why in-laws of your in-laws may be taking it a step too far. One way to limit the list beyond the nearest circle of relatives is whether or not they’re people with whom you communicate regularly. Don’t invite relatives you barely know or who live far away just because you think they won’t come. They might!

Friends and acquaintances aren’t the same thing. Your friends know your fiancé’s name and have probably socialized with the two of you. Cohorts from the gym or people you see occasionally – even if you like them a lot – don’t have to be on your guest list for your wedding venue. And if the choice is whether to let single friends bring plus-ones or to invite more people you know casually, plus-ones win. Your friends will be a whole lot happier and the other folks won’t expect to be invited anyway. What about friends of your parents? Even if your parents are paying for the wedding, you might remind them that a wedding isn’t an occasion for paying back dinner invitations or making up for not calling someone for three years. However, if those people are important to them, and you can include them without displacing your own pals, there’s no reason not to invite them.

This one can be tricky. If you often get together for stuff that has nothing to do with work, then co-workers fit in the friends column and belong on the list. On the other hand, if your relationship extends to small talk and office matters, then they don’t. What about your boss? The same thing applies. Just be tactful about wedding talk at work. Don’t involve everyone in endless discussions about planning or they’ll begin to feel as if they’re part of your plans.

Are They in a Special Category?

There might be some people who aren’t close relatives and aren’t the dearest friends, but whom you’re on the fence about. Maybe a family member has asked you to invite them, or you feel some other kind of obligation. If you like them, and you think they’d be fun to have at the wedding, then include them. If not, then put on your grownup pants and cross them off the list. Doesn’t that feel good?
Other posts